Even Albert Einstein, Father of Modern Physics, once lost money in stocks 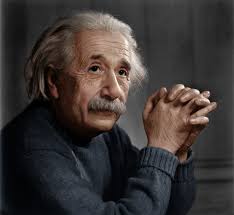 Most people only know Albert Einstein as the Father of Modern Physics and as one of the greatest scientist that have ever lived. Einstein developed the theory of relativity and is also well-known for his mass-energy equivalence formula E = mc2 (which has been dubbed “the world’s most famous equation”).

Little did people know that he also lost money by investing in stocks.

Going back in the year 1921, the Nobel Prize in Physics was awarded to Einstein with 121,572.54 Swedish kronor. This is equivalent to more than twelve years’ income for Albert Einstein back then.

He invested a significant portion of this prize in the stock market but unfortunately lost the same in stock market crash in 1929. His wisdom in physics is not as good as his wisdom when it comes to analyzing market conditions.

So what is the morale of the above very short story?

See, even Einstein lost money in stocks. We know how brilliant he was when it comes to his field of endeavor – physics.

And personally, I also know a number of people who, at some point, made a bad decision during their stock market investment journey that made them regret it.

No one is exempted from losing in stock market.

What it is important to know is you are aware of what you are doing and always keep an eye to your goals. What are the reasons why are you doing it.

It could for medium-term goals, for you retirement or children’s education or for traveling in Europe etc.

There is really nothing to worry about losing in capital markets. The thought of losing really hinders many people to jump start they stock market journey. If losing will prohibit you from pursuing this activity, how are you gonna achieve the above goals?

I mean why worry about losing? Why not just focus on the good side of it? There are many people who were able to succeed in this kind of activity.

And I know you can be one of them.

Focus on your goals. Focus on the thing you want to achieve.

As long as you know what you are doing and you trust the company that you invested in, you can still have a good night sleep instead of worrying about your portfolio and how you’re hard-earned money is doing.

Yes, I get the point that it is your hard-earned money and the last thing you want to happen to it is just to lose it in stock market. But like what I said if you know what you are doing there is nothing to worry about.

Just keep on saving your paycheck every month and place it in the stock market. If you do it consistently, I am sure you can be a millionaire in just a matter of years.

Remember stock market will rise and fall. There may be financial crises in the past and you’ve seen the stocks tumbling down but it was just for a temporary period. Stock market will always rise again despite the temporary setbacks that will happen.

Losing is part of the game when investing in stocks – it’s inevitable.  How to react to these losses is one of the biggest elements of investment performance and a determining factor of success in the stock market.

#mc_embed_signup{background:#fff; clear:left; font:14px Helvetica,Arial,sans-serif; }
/* Add your own MailChimp form style overrides in your site stylesheet or in this style block.
We recommend moving this block and the preceding CSS link to the HEAD of your HTML file. */

“I WILL TEACH YOU HOW TO SAVE, INVEST, CHOOSE THE RIGHT COMPANY, EARN PASSIVE INCOME AND BE A MILLIONAIRE THROUGH STOCK MARKET….SAFELY!” Enter your primary email below to get your FREE e-book about stock market investing.